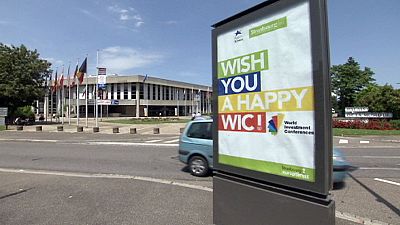 After five years of economic downturn, Europe is suffering its worst jobs crisis since the 1930s. How to change that was one of the key issues discussed at the World Investment Conference Europe in Strasbourg.

Started a decade ago in the French resort town of La Baule, this year the event moved to Strasbourg, but maintained a high turnout – around 500 corporate and political leaders, entrepreneurs and investors.

On jobs, Gunter Verheugen, the former EU Enterprise and Industry Commissioner, told euronews that Europe must clarify its priorities: “We need, first of all, a realistic analysis of the weaknesses and shortcomings which we have; secondly we need to analyse the question of what institutional, political and economic changes are needed.”

One of the region’s major economic weaknesses is a lack of growth by small and medium sized businesses – which make up 99 percent of all European companies.

SMEs provide two thirds of employment in the EU and contribute almost one in five new jobs.

But many lack access to finance to grow and, despite state intervention, getting banks to loan them money remains a challenge.

So businesses are using alternatives to the traditional funding models, with some entrepreneurs even restoring to borrowing on a credit card, or running a bank overdraft.

An alternative that is becoming more popular is crowdfunding, where money is raised by individuals, usually via the Internet, to support a new venture.

Oliver Gajda is chairman of the European Crowdfunding Network: “We have 23 million SMEs in Europe, and only 30 percent of those have a bank loan, and only 0.02 percent received venture capital [money] and even fewer get business angel funding each year. So there are large, large discrepancies between the companies we have and the funding sources available.”

Small companies say they do not need financial backing from governments or the EU, but rather fewer regulations and clearer guidance.

They advise SMEs and he has advice for the politicians: “We don’t need new rules or laws. On the contrary: they should reduce the number of things we’re told to do, help us launch our businesses, tell us what options are available. European business people just don’t know about all the assistance they can get. And we need to teach small and medium sized companies that the whole world – not just Europe – is ripe for development, and it’s up to them to go out and conquer those emerging markets.”

One way to turn a start-up into a successful company is to look beyond your country of origin.

It now employs 50 people and sells its products in more than 50 countries, half of its sales are to the United States. What does a new firm have to do to grow?:

Cédric Hutchings, CEO & co-founder, of Withings, had this advice: “They urgently need to get out of their home country, and the limited market there, because if you look at innovation and technology, this is a global market. So, the first thing we need to recognise is that this is possible – that the tools are there – for even a small company like ours, to supply and sell our products anywhere in the world, no matter how far away.”

So small and medium sized business have a lot of potential to grow Europe’s economy and the job market. But to achieve that they need the right kind of support from governments.

The euronews reporter at the World Investment Conference Europe in Strasbourg, Natalia Marshalkovich, said: “Think global, act local. That aphorism is now more than ever relevant for Europe. Those taking part in the discussions in Strasbourg reached the conclusion that Europe’s politicians have to be more aware of what business needs to create jobs effectively.”