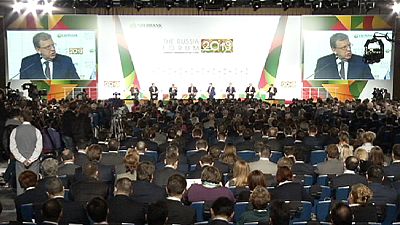 <p>In the early 1990s Russia was Eldorado or the ‘Wild, Wild East’ as far as foreign businesses and investors were concerned. </p> <p>But Jean-Noel Lemond moved there anyway, swapping Paris for Moscow in 1993 to manage the Jaques Dessange hairdressing chain’s first Russian salon.</p> <p>And 20 years later he’s still in Russia, still learning: “Everything is very complicated, everything is difficult, but you can do so much, everything goes really fast here.” </p> <p>Worn down by life in Russia, he did move back to France, but last year returned to Moscow to open his own salon.</p> <p>He explained how he finds things in Russia: “As a foreigner, being an entrepreneur is mission impossible here, if you don’t have, let’s say, local help. Everyone says yes, Russia, there’s the mafia. Well, no, there’s no mafia; there’s only well organised people. So the organisations are different, organisations are clear or they’re less clear, but actually everything works here – in a kind of ‘double market’.”</p> <p>On the one hand there are risks and difficulties – bribery, corruption, poor rule of law, lack of modern infrastructure – but compensating there’s the oil-fueled economic dynamism and major business opportunities.</p> <p>Oil and gas revenue reserves helped Russia survive the 2008-2009 crisis. </p> <p>But now times are hard again; Russian money is flooding out of the country and the government is warning of recession risks in the second half of this year.</p> <p>So how can Russia avoid that and keep the confidence of investors? Those were major topics at Moscow’s annual Russia Forum investment conference, organised by the country’s biggest bank Sberbank. </p> <p>Jean-Michel Six, Standard & Poor’s chief economist for Europe, the Middle East and Africa, said the energy effect is strong, but doesn’t last: “When you have very high oil prices, that masks the structural weaknesses of the Russian economy, and it look like everything is going well. When oil prices fall, that’s when it’s revealed that not much progress has been made in diversifying Russia’s economy.”</p> <p>Maria Gordon, who leads the emerging markets equity portfolio management team at investment firm <span class="caps">PIMCO</span>, believes the slowing global economy, provides an opportunity for the Russia government to push forward with reforms.</p> <p>She told euronews: “When we talk about the slowing growth, it’s a cyclical phenomenon. If anything it is likely to provide an impulse for change in the Russian economy, so perhaps it might be painful in the near term to go through a reduction of growth, some shrinkage, in the medium term [but] that could be actually positive, that pushes the government to take a bitter medicine and maybe accelerates some of the structural issues.”</p> <p>The weak legal system, and poor protection of property right was noted by the Forum’s participants as one of the Russian economy’s major problem. Ruben Vardanian, the co-head of Sberbank’s investment banking business, told us: “Russian companies are currently undervalued in comparison to Brazilian or Indonesian companies, for example. It means that investors value our companies below their true price for a reason – because of the absence of the rule of law. </p> <p>“We can’t ignore that: whether you agree or not, it’s impossible to ignore it, because it’s what the investors believe. What we have to do is understand why they think that – and what we need to do is to explain to them that this is wrong and how to change the laws if they don’t work.”</p> <p>Russia cannot ignore investors’ concerns over the slowing economy, its exposure to commodity prices and a lack of progress on reforms and so needs to make a murky business environment less opaque.</p> <p>Our correspondent at the Forum Natalia Marshalkovich concluded: “The feeling at the forum was that Russia is still attractive to foreign investors and foreign companies, but with the era of sky high oil prices seemingly over, what comes next?”</p>