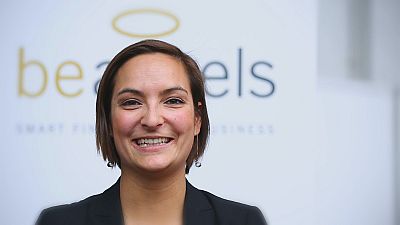 Small and medium sized businesses that are innovative and have strong growth potential have a new group of friends to help make that happen. Business angels are individuals or networks of people who use their cash, their expertise and their contacts to help SMEs thrive. And it works well. We’re taking a look at one example in Belgium.”

Spacebel has been developing software to control rockets and satellites since it was formed 25 years ago. In 2007, the board decided to recapitalise to go international, making micro-satellites. So they turned to the business angels. They got two things – a two-million euro cash injection, and a breath of fresh air in the business.

Thierry du Pré-Werson, the managing director of Spacebel told euronews: “The dynamism that the business angels brought to the business allowed us to complete our project. Without them, we probably would have found the money to do it, but we wouldn’t have had this dynamism.”

Before, the business was turning over eight-million euros. After, it picked up a 63-million euro contract from Vietnam for an earth observation satellite. And the business angels’ expertise was crucial too.

Du Pré-Werson, went on: “It was real exporting. All the questions that the business angels asked, the support that they gave were linked to this export market. They were really got into it, and they gave us information on the export market.”

Claire Munck works for a network of angels called BEANGELS. Its role is to select projects and to put those entrepreneurs in contact with one or more business angels. For SMEs, which are often finding finance hard to come by in these times of crisis, business angels could provide a welcome opportunity.

Beyond the finance, the business angels act as a kind of ambassador for their businesses. And they are involved in a wide range of fields.

Munck added: “They are investing in cosmetics, in sustainable development, in industry, in agriculture, so it’s really diverse.”

Thierry du Pré-Werson summed up by saying: “For me, the key to success is that the project is properly understood by the business angel. That means, well-explained by the entrepreneur, with real sincerity. And that will clear the way to start a real ‘win-win’ partnership.”