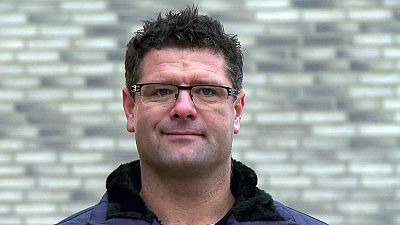 One of Europe’s hard realities is the fact that only one in two companies lasts five years or more. 90% of bankruptcies are due to liquidity problems, which are themselves often due to delays in payments. What are the warning signs? How do you stop going bust? We have found a good example in Aarhus in Denmark.

Allan, who owns a building company, has a man in his life, Niels. He saved him from going under last year. Allan’s 25 employees powered a company turning over more than six million euros annually, but facing ruin.

So Allan went for free advice to the government-funded “Early Warning” Foundation. It improved his management skills, and helped him in banking negotiations.

“Niels helped me to shift the focus onto what was really important, for example, me concentrating on work at headquarters rather than at each and every site,” he says.

“Planning is everything. Planning is the key in construction works. And also negotiating with subcontrators, making sure you get the best prices…Doing these things means he brings more value to his company”, insists Niels.

Allan and Niels see each other once a month, and this will last for another year. Today the company is a lot healthier, even if there is still a lot of work to do.

“I feel a lot better, there’s no doubt. It’s a lot to do with me not having any more problems with my bank , so I feel a lot easier,” says Allan.

“I would say that the company is maybe 75 percent through the turnaround period. They need to make sure that the equity is restored and back in place. And only when that has happened can you say that they are back in a safe place again,” says Niels.

Early Warning works with about 100 volunteers for the whole of Denmark. The foundation helps some 700 companies every year with just one goal ; avoiding bankruptcy.

But it also allows those who have no other choice to extract themselves from impossible situations, and live to fight another day. Going bust need not, should not be an absolute catastrophe.

“The entrepreneurs we help are honest, hardworking and have sometimes struggled for years, but what we want to see is the opposite, a more American approach where going broke is not seen as the ultimate disgrace,” says Svend Roege, Early Warning project leader.

“For me the keys to success are : visible leadership, healthy accounts, and competent advice,” concludes Allan.