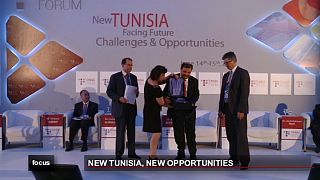 In an international context which is gradually recovering from the financial and economic crisis, a new, post-revolution Tunisia is seeking to attract foreign investors based on its main asset: human capital, an area in which the country has been investing for some time.

But what constrains the new Tunisia are the events following the revolution of January 14, 2011.

Tunisia was the first country in the “Arab Spring” to throw off the shackles of dictatorship and is still undergoing a transition period, both political and economic. For over a year now, the country has undergone labour and social obstacles. And attracting new investors has become a challenge.

And it is with the aim of knowing what new hurdles lie in store for the new Tunisia, that IFAP, the agency that promotes foreign investment, has organised an annual international forum dedicated to Tunisian and foreign investors.