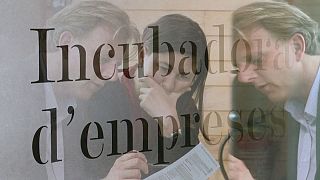 Everyone knows the terrible statistics of the economic crisis in Spain: with unemployment at a record 24%, the country is going through its second recession in 3 years. But there are also other, more encouraging statistics. In Barcelona, for example, one business incubator – a hyper-dynamic centre of entrepreneurship – last year contributed to the creation of nearly 700 jobs and generated turnover of more than 42 million euros.

Barcelona Activa Business Incubators was set up in 1988 by the city authorities and last year won the European Commission’s top prize at the European Enterprise Promotion Awards. Every year they help 2,000 businesses and three incubators host around 130 new small and medium-sized businesses, which stay there for a maximum of three and a half years. Some 80% of them are thriving four years later.

Yolanda Perez Saez, the Director of Business Incubators, Barcelona Activa, said: “We organise around seven or eight investment forums every year. We also organise investment readiness courses for companies which are not yet prepared to access investors. We also give support in internationalisation, organising business trips, missions, technological missions to silicon valley. We have been there already nine times.”

Bmat left the incubator three years ago. The company has developed a unique tool to identify all the music broadcast by radio and television, and sells it to music copyright managers in 50 countries. Not bad for a company created by three young engineers who didn’t really know anything about business.

Alex Loscos, the CEO of Bmat, said: “Barcelona Activa helps you access the market, they help you understand what the company is going to require, growth for example. But then, there are also more pratical issues, like flexibility about renting different sizes of space. They help you a lot when it comes to venture capital, diffferent sorts of investment environments. So in the end it is about helping you be more aware about your company.”

Alex forecasts turnover of 1.7 million euros this year. Double that of two years ago. The company employs 25 people, and is planning to take on two more employees this summer.

Alex Loscos said: “One of the keys to success for me is to start the company surrounded by people you share a passion with, and knowing that they will help to catalyse the ideas you have as an entrepreneur.”