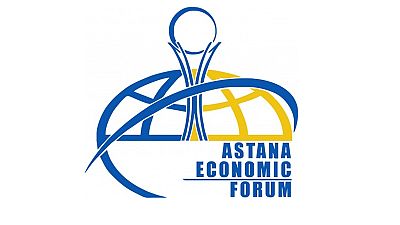 By hosting the Astana Economic Forum in its newly created capital Astana, Kazakhstan is hoping to match places like Davos, which influence the future of the world economy.

Seven and a half thousand delegates registered for the fifth International Economic Forum in Astana, including famous scientists, Nobel prize winners and politicians. The aim is to produce recommendations for governments which will then go to the UN, the International Monetary Fund and the G20.

Participants at the forum debated the state of the global economy, the consequences for their countries and how to improve things. Kazakhstan’s Deputy Prime Minister Kairat Kelimbetov told euronews that this year there is a project to broaden the range and number of countries taking part.

“The Kazakh president has come up with the idea of G-global, meaning that the democratic discussions shouldn’t be limited to the G-8 or the G-20 but expanded so all countries could set up a new economic and financial framework,” Kelimbetov said.

Kazakhstan is also looking for opportunities to integrate with its neighbours. One method is via the Eurasian Economic Community of former Soviet Republics.

Taïr Mansurov, Secretary General of the Eurasian Economic Community, explained: “We’ve created a viable common market comprising 170 million people. It was created in 2008 by the heads of states, and from 2009 we set up an anti-crisis fund. With reserves of 10 billion dollars, this fund is a great help to those of our member countries who have been experiencing budgetary difficulties.”

The forum also discussed the current and future state of the world economy.

Nobel prize winning economist Edward Prescott was sanguine about that: “There are going to be financial crises, they occur, we’ve had them in the past – 1980, 1990, you can go back in time. They can be weathered; there are temporary disruptions. The more fundamental thing is how productive people are and how fast productivity grows because that determines how fast income grows. That’s what determines the differences in our living standards, across time and across countries.”

Another idea was the creation of a single global currency, which is backed by Canadian economist Robert Mundell, who says countries whose trade was tied to the US dollar have suffered whenever the US currency has faltered.