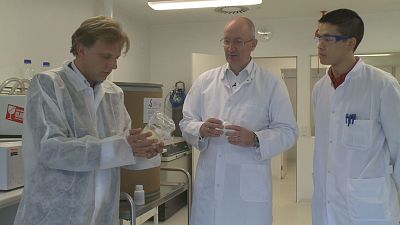 Business planet is in Copenhagen to look at venture capital. An alternative to more traditional modes of financing, venture capital funds help companies through the critical start up stages of business. In Denmark, for example, Fluxome, has benefited through venture capital and from European funds. It is now a key player in its field.

Developing nutritional supplements on the nutraceuticals market requires huge investments. Fluxome, based in the suburbs of Copenhagen has been up and running since 2002. It received six million euros in its first wave of venture capital in 2006. This funding paved the way for it to bring products to market three years later.

Venture capital is usually given to innovative SMEs (small and medium sized firms) in the early stages of development but is also helps business’ to expand.

Fluxome has received 23 million euros in venture capital over the last ten years. A cash injection which has enabled it to develop business internationally.

Its first product is currently being evaluated in the US by 30 of the country’s largest nutritional supplement companies.

“So you need money, as well as the good idea, to bring it all the way through. Without that they would not have been able to create a company which today has proven itself by launching its first product, has several more in the pipe-line, has 24 employees, and is selling.

The European Union via the European Investment Fund makes money available for private venture capital firms who select SMEs (small and medium business’) to work with. It is an effective system but implies that the business founders may have to give up some control of their company.

Jarne Elleholm continues: “If you want to explore the full potential, you may have to give up some control over time and that is unfortunately what has happened with Fluxome. Today we have one of the founders working on the board as a scientific adviser and the other two founders are working in other companies.”

So business’ can experience a few upheavals along the way but success comes at a cost.

Angela Tsetsis is the new CEO of Fluxome and it is her mission to find another 14 million euros in venture capital:

“The key to success for a company that requires venture capital is to have a unique idea and a way to bring it to market successfully. That takes talented people.”