A 709-carat diamond found in Sierra Leone is being shown off before it goes on auction in New York.

The 14th largest diamond in the world was displayed in New York on Tuesday and will go up for auction in New York on December 4.
The “Peace Diamond” was discovered in Sierra Leone and is 709 carats in its uncut form. 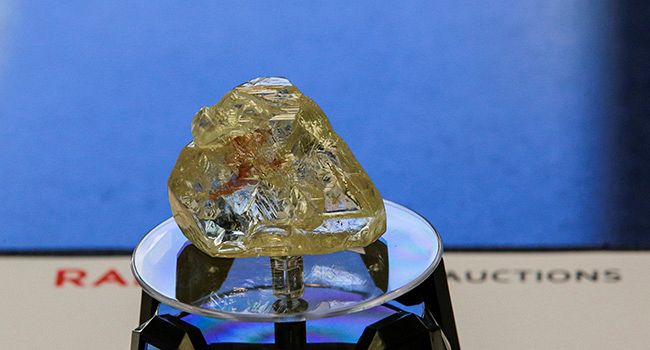 The Sierra Leone government has already attempted to auction the diamond in its capital, Freetown, but rejected the highest bid of $7.8 million (6.6 million euros).

The auction is now being managed by the Rapaport Group, an international diamond trading network, which says all profits will go to Sierra Leone, with a cut going to fund water, electricity, health and education projects in the village where it was discovered.

Diamonds fueled a decade-long civil war in Sierra Leone that ended in 2002 and killed 50,000 people. Rebels forced civilians in the east to mine the stones and bought weapons with the proceeds, leading to the term “blood diamonds.”

Woke-washing: How fast fashion brands use social issues for sales

“People shop with their values now - but brands haven’t changed theirs.”

For nine months, Antoine Abou is cycling 7,000 km to locate the most sustainable hubs around Europe.

Why we need to stop saying fashion and start saying clothes

"Fashion, as a word, invokes a feeling of exclusion, hostility and inaccessibility" - Samata.