Five things you should know about this new collab’ between luxury footwear label Stuart Weitzman and American top model Gigi Hadid, out on Wednesday, November 15.

It’s not her first collab’

Last year Gigi Hadid designed a boot for Stuart Weitzman. The model has similar projects going on with Tommy Hilfiger for which she designed a clothing line last September including a plaid slip dress, sporty crop tops, a graphic-print jumper dress, a hooded parka and a striped tracksuit, plus a logo bag. Ambassador for Maybelline, she also created with the brand a full line of make-up including contouring palettes and brushes. 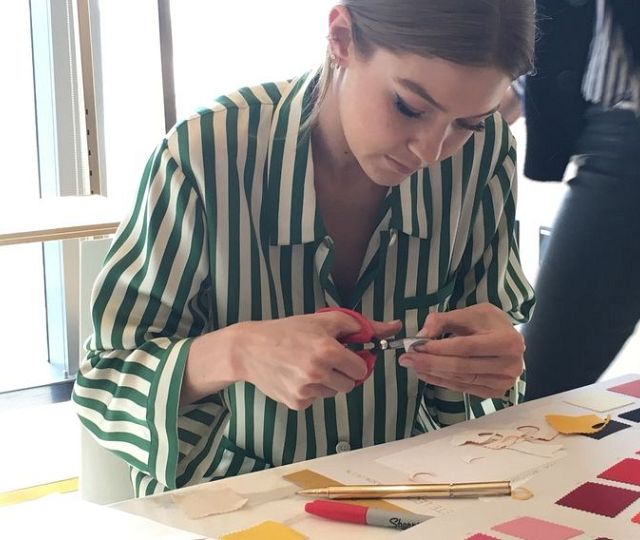 Are the names given to the two mules she has just released in collaboration with Stuart Weitzman’s creative director Giovanni Morelli. The two styles of flat pointed-toe mules are named after the ‘eye of the devil’ symbol decorating them. Eyelove and the Eyelovemore are in suede and leather, and available in several colors. 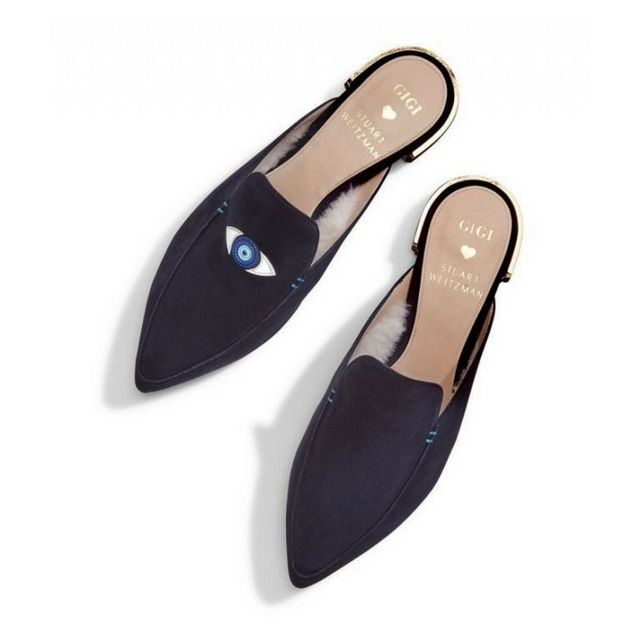 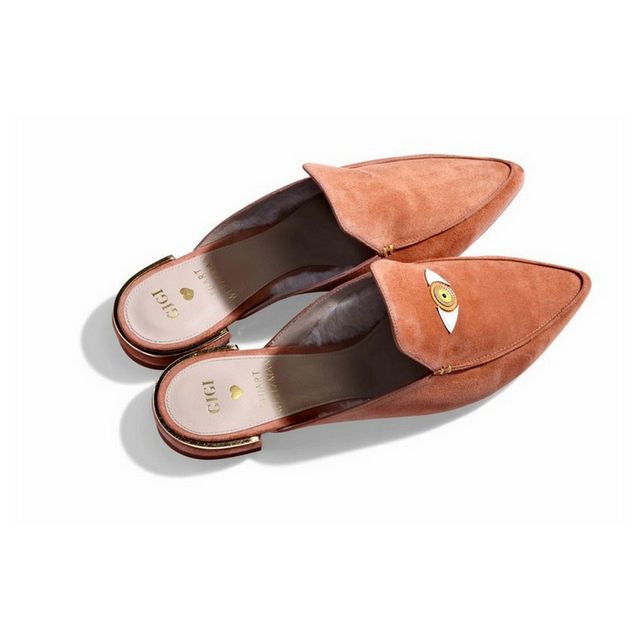 Are the words, Gigi Hadid uses to describe this brand new project. Indeed, the capsule collection will benefit non-profit organization Pencils of Promise that builds schools and increases educational opportunities in the developing world.

The Season For Loving

Gigi Hadid stars in “The Season for Loving”, a short film directed by Cameron Duddy who has directed “Uptown Funk” music video featuring Mark Ronson and Bruno Mars and bassist of country trio Midland. The film is inspired by the supermodel’s affinity for the evil eye talisman and takes us on a mystical journey through the streets of NYC, on the sound of a remix of The Zombies’ 1968 hit Time of the Season.

Since her debut in 2012, Gigi Hadid, 22, is one of the most sought-after models of her generation and is followed by 36.6 million people on Instagram.

The mules are exclusively available at Stuart Weitzman global websites and retail locations including the Soho store, which will be temporarily transformed into a Gigi Mule Pop-Up Shop, as well as Moda Operandi and Lane Crawford.

This new renewable energy generator takes moisture out of the air and turns it into an electrical current.

The adorable chinstrap penguin is also known as the ringed penguin, bearded penguin, or stonecracker penguin.

You probably wouldn't even notice the difference.

We asked the experts what the differences are and which will come out on top.

sponsored
Euronews is no longer accessible on Internet Explorer. This browser is not updated by Microsoft and does not support the last technical evolutions. We encourage you to use another browser, such as Edge, Safari, Google Chrome or Mozilla Firefox.