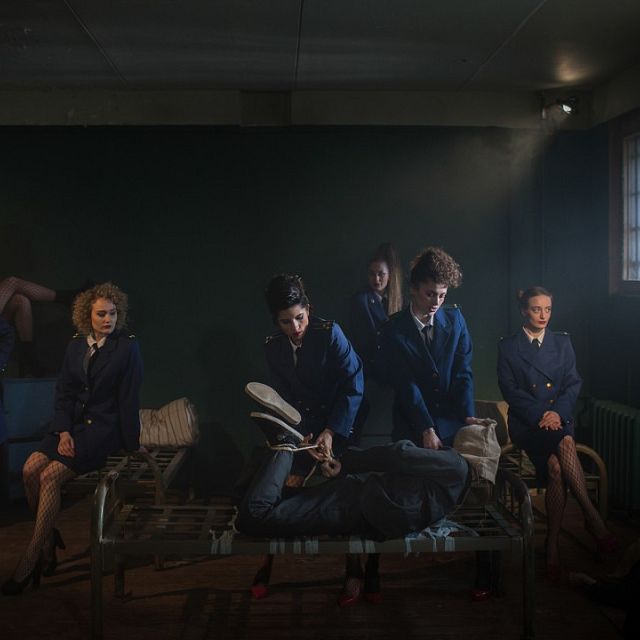 The exhibition highlights the general lack of freedom of expression contemporary artist in today’s Post-Soviet union are faced with. Protest art spans diverse medium from posters and paintings, to slogans and staged performances shown through videos and photography. Alongside the exhibition, the Tsukanov Family Foundation in association with Les Enfants Terribles and Pussy Riot’s member Nadya Tolokonnikova also present an immersive theatre experience titled Inside Pussy Riot.

The representation draws from Pussy Riot’s history and recalls their arrest and imprisonment in 2012, after they staged a protest performance inside Moscow’s Cathedral of Christ the Saviour. The story focuses on Maria Alyokhina and Nadya Tolokonnikova who were convicted for “hooliganism” and sentenced to 2 years in a labour colony.

Christopher Sebastian gives us his take on one of Germany's "most dangerous conspiracy theorists".

It sounds too weird to be true, but engineers at MIT have developed nanotechnology which can be embedded in plants.