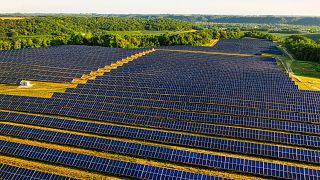 The European Commission has said that it will do "whatever it takes" to rebuild Europe's solar manufacturing industry.

The EU's energy commissioner announced the news on Thursday, as part of the bloc's plans to cut reliance on Russian gas as fast as they can.

"We need to bring manufacturing back to Europe, and the Commission is willing to do whatever it takes to make it happen," Kadri Simson told the Solar Power Summit conference in Brussels.

We need to bring manufacturing back to Europe, and the Commission is willing to do whatever it takes to make it happen.

"Part of this is looking at possible financing options," he added.

Where are most solar panels made?

China is the world leader in production of solar energy, having installed more than 30.1 GW of photovoltaic (PV) capacity since 2019. As the nation with the largest population and carbon footprint, this commitment to renewable energy is encouraging.

The United States, India, Japan, and Vietnam rank next on the list of top solar producers.

There are only a small amount of panels made in Europe. The countries currently producing solar cells are Italy, France and Slovenia.

How much solar power does the EU currently use?

Europe's solar growth is accelerating year on year, as the bloc commits to relying on more renewable sources for its energy needs.

Solar panels generated a record 10 per cent of EU electricity in June-July 2021, up from the same period in 2018.

Hungary has also quadrupled its solar share since June-July 2018, while the Netherlands and Spain have doubled. Estonia and Poland have gone from near-zero solar in 2018 to 10 per cent and 5 per cent respectively in June-July 2021. And for the first time, solar overtook coal power in Hungary in summer 2021, a milestone that had already been reached the previous year in Greece and Portugal.

"Europe has had a record-breaking summer for solar power, but it is yet to harness its full potential. Weather extremes have given governments an urgent wake-up call and now they must turn climate targets into climate action by stepping up solar deployment," says Charles Moore, Europe lead at Ember.