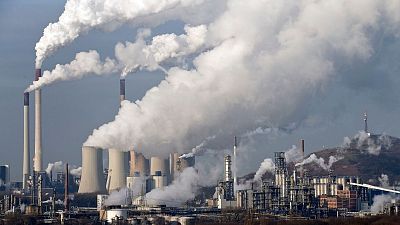 In its first global update since 2005, WHO adjusted almost all of its Global Air Quality Guidelines (AQGs) to account for the damage being done by invisible pollutants.

Every year, exposure to indoor and outdoor air pollution causes an estimated seven million premature deaths. It also results in the loss of millions more healthy years of life, putting it on a par with unhealthy eating and tobacco smoking.

“Air pollution is a threat to health in all countries, but it hits people in low- and middle-income countries the hardest,” says WHO Director-General Dr Tedros Adhanom Ghebreyesus.

He adds that the new guidelines are an evidence based tool to help improve the quality of the air on which all life depends.

“I urge all countries and all those fighting to protect our environment to put them to use to reduce suffering and save lives.”

Which pollutants is WHO concerned about?

The six pollutants that WHO has updated its guidelines for are: particulate matter (PM10 and PM2.5), ozone (O₃), nitrogen dioxide (NO₂) sulfur dioxide (SO₂) and carbon monoxide (CO).

Particulate matter, which comes from fuel combustion in transport, energy, industry, agriculture and other sectors, is a growing problem. Particulates equal to or smaller than 10 microns (µm) in diameter - aka smaller than a fifth of the width of a human hair - are capable of penetrating deep into the lungs. While PM₂.₅ can even enter the bloodstream.

Inequalities in air pollution exposure are increasing worldwide too. Low- and middle-income countries have begun to scale up urbanisation and economic development that has largely relied on the burning of fossil fuels.

In 2019, more than 90 per cent of the global population lived in areas where concentrations exceeded the 2005 WHO air quality guideline for long term exposure to PM₂.₅.

Exposure to air pollution is unequal at a local level too. Scientists for the cleantech start-up Airly found that UK schools in economically deprived areas are likely to have higher levels of air pollution.

Though the research findings are discouraging, knowing the magnitude of a problem is the first step to fixing it.

The updated guidelines are intended to give policy-makers solid evidence and the necessary tool to tackle this long-term health burden, explains WHO Regional Director for Europe, Dr Hans Henri P. Kluge.

“There are two pieces of good news here,” he said during yesterday’s launch of the new guidelines.

This means that we can tackle the twin problems of air pollution and climate change with some of the same measures.

“The second is that with the important resources being mobilized around the world to recover from the COVID-19 crisis, we have a unique window of opportunity to ‘build forward better’ towards a healthy and green recovery.”

As the world begins to recover from the pandemic, there has been an emphasis on designing breathable and better-ventilated buildings. As well as keeping us safe from COVID-19, this would also help to alleviate indoor air pollution.

The goal of the guidelines is for all countries to achieve recommended air quality levels, says WHO.

Conscious that this will be a difficult task for many struggling with high levels of pollution, the UN agency has proposed interim targets to facilitate ‘stepwise improvement’ in air quality. This would deliver gradual, but meaningful, health benefits for the population.

According to a scenario modelling by WHO, if current air pollution levels were reduced to those proposed in the updated guidelines, almost 80 per cent of deaths related to PM₂.₅ could be avoided.