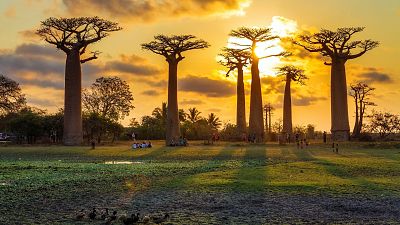 Unrelenting drought in the south of Madagascar has left the country on the brink of famine, says the UN World Food Programme (WFP).

The island state off the East African coast is experiencing levels of starvation at a scale described as “beyond belief”. The latest reports from WFP say urgent action is required to address this unfolding humanitarian crisis.

Semi-arid conditions in southern Madagascar, combined with high levels of soil erosion and deforestation have transformed arable land into a wasteland. Unprecedented sandstorms have also covered croplands making it unusable.

Worst affected is the district of Ambovombe where Global Acute Malnutrition (GAM) has risen above 27 per cent. It is the worst drought to hit the country in four decades. Children with acute malnutrition are most at risk as they are four times more likely to die than healthy children.

If we don't reverse this crisis, families will starve and lives will be lost.

30,000 people are estimated to be experiencing the highest internationally recognised level of food insecurity, level 5, according to the UN.

“If we don't reverse this crisis, if we don't get food to the people in the south of Madagascar, families will starve and lives will be lost,” said Amer Daoudi, WFP's Senior Director of Operations, after visiting one of the worst affected areas in Sihanamaro.

The situation has been critical since September 2020, the start of the ‘lean season’. In agricultural regions of developing countries, the lean season is a dangerous period between planting and harvesting when job opportunities are scarce and incomes plummet.

80% of the population is resorting to desperate survival measures including eating locusts, raw red cactus fruits and wild leaves.

At this point in September, families had already depleted their food supplies and eaten vital seed stocks, leaving nothing for the winter planting season in 2020. Right now, up to 80 per cent of the population in certain areas in the south is resorting to desperate survival measures including eating locusts, raw red cactus fruits and wild leaves.

Food production in 2021 is expected to be less than 40 per cent of the average over the last five years. This will make it harder for communities to sustain themselves in the future.

WFP has been assisting up to 750,000 people through food and cash distributions each month. But it needs $74 million (€63 million) over the next six months to save lives in southern Madagascar and “prevent a catastrophe”.