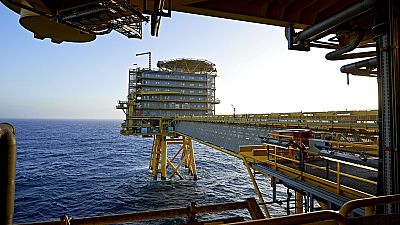 In the wake of one of the most comprehensive reports on climate change ever released, climate experts are calling for an end to fossil fuels altogether

The last five years have been the hottest on record since 1850 and without climate commitments from governments around the world, we won’t be able to limit global warming. To halt or possibly even reverse temperature increases, the authors say we have to cut global emissions in half by 2030 and reach net zero by 2050.

“This report must sound a death knell for coal and fossil fuels, before they destroy our planet,” Guterres said.

So which countries are already leading the way with bans on fossil fuel exploration and extraction?

In 2017, France’s parliament passed a law to ban the production of oil and gas in all of its territories by 2040. No new permits for extracting fossil fuels can be issued and no existing licenses are able to be extended past the deadline.

The ban is largely symbolic as the country only extracts the equivalent of 815,000 tonnes of oil every year - the same amount produced in Saudi Arabia in a matter of hours. But lawmakers hoped it would be a catalyst for other, bigger fossil fuel producers to follow suit.

The controversial practice of fracking was already prohibited in the country in 2011 and this ban extended that to cover the extraction of shale gas by any means.

Ten years ago, Greenland became a hotspot for drilling exploration after a boom in commodity prices. A 2007 report from the US Geological Survey estimated that there could be the equivalent of more than 31 billion barrels of oil sitting under the northeast of the nation.

Earlier this year, the newly elected socialist-led government put climate issues at the centre of its policies. As one of its first moves, it banned all new oil exploration in July, ending a 50 year ambition to become an oil-producing nation.

“The Greenlandic underground is rich in both oil resources and minerals, and the history of exploration and exploitation activities goes back many years and has a global reach,” it said in a statement. But the government adds, “the price of extraction is too high”, both economically and for the environment.

In 2020, Denmark agreed to ban new exploration and end oil and gas production in the North Sea by 2050. It was part of the country’s efforts to become “climate neutral” over the coming decades, which include a law committing to reach 70 per cent below its 1990 emissions by 2030.

“We are now putting an end to the fossil era”

It was also the second country in Europe to set a date for the complete phase-out of oil and gas production after France. Denmark is one of the largest producers in the continent, extracting more than 7,000 tonnes of oil every year.

“We are now putting an end to the fossil era, and drawing a straight line between our activities in the North Sea and the Climate Act's goal of climate neutrality in 2050,” climate minister, Dan Joergensen, said in a statement.

To protect its fragile coral reefs, in 2018 Belize passed legislation to end oil exploration and extraction in all of its water.

The Belize Barrier Reef is the second largest in the world after Australia’s and is home to around 1,400 different species of marine life. This threatened ecosystem is home to endangered hawksbill turtles, dolphins, spotted eagle rays and six threatened species of shark.

An oil spill here or in the surrounding waters would have catastrophic consequences for this vital habitat - and the tourism industry that supports half of the country’s population.

Though the country was only producing around 3,000 barrels of oil a day, this was a win both for the diverse sea life the reef supports and environmental groups who had been lobbying the government for a ban since 2006.

A decade after environmentalists first called for it, Spain approved a climate law in May 2021 that will put an end to the production of fossil fuels across all of its territories by 2042. The country lags behind other European nations when it comes to emissions reduction targets and campaigners hope the new law is a step in the right direction.

The ruling bans all new coal, gas and oil exploration with immediate effect as well as enshrining in law the prohibition of fossil fuel vehicles by 2040 and a goal to generate 74 per cent of the country’s electricity from renewable energy by 2030.

Spain has a climate law on which to build a green, sustainable, fair and prosperous future for all.

“For the planet, for our future and for the next generations. From today, Spain has a climate law on which to build a green, sustainable, fair and prosperous future for all,” Prime Minister Pedro Sanchez tweeted after the vote was passed in May.

“The decision we have made today to legislate for a ban on new oil exploration and extraction will send a powerful message, within Ireland and internationally, that Ireland is moving away from fossil fuels towards a renewable future,” minister for environment, climate and communications, Eamon Ryan said in a statement.

“By keeping fossil fuels in the ground, we will incentivise the transition to renewable energy and put ourselves on a pathway to net zero by 2050.”