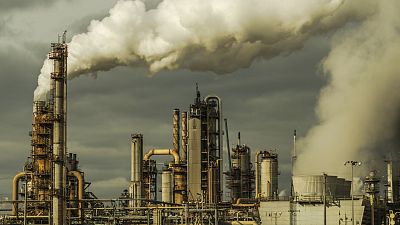 A new report entitled “The Big Con” claims to show how some of the world’s biggest polluters have worked to shape climate policy in their own interests.

Written by Corporate Accountability, Friends of the Earth International and the Global Forest Coalition the report shows how companies like Shell, Microsoft and Nestle are lobbying for “net-zero” targets which do not actually reduce emissions.

The Big Con accuses companies of using “distraction techniques” to give the impression of reducing emissions whilst pursuing their own interests.

Carbon offsetting draws particular ire from the report writers, with Shell planning to purchase more carbon offsets yearly by 2030 than were available in the entire global market in 2019.

The authors criticise United Airlines for planning to build carbon direct air capture plants to offset their carbon, a process which is not proven to work and was originally designed to extract hard to reach oil sources.

Other companies like Walmart are highlighted for ignoring the carbon emissions from products they sell; these emissions make up 95 per cent of Walmart’s carbon footprint.

The Big Con accuses polluters of rejecting systemic change, placing profit over people and the planet, and being invested in the status quo. However they also outline a disturbing collusion between polluters and policy makers.

US lobbyists are accused of using their influence to get a tax credit passed which benefits those developing carbon capture technology even if this leads to more fossil fuel extraction.

Furthermore, lobbyists for big polluters attending climate talks are singled out as being instrumental in weakening the Paris Agreement, ensuring it was only voluntary.

The International Emissions Trading Association (IETA) is central to this lobbying and works to force the carbon market to the centre of international climate policy. The IETA was founded by Shell, BP and Chevron.

“We are deeply concerned about the corporate capture of climate policies and finance, and the growing nexus between governments and corporations to promote false solutions through Net Zero,” says Coraina De la Plaza, Climate Campaigner at Global Forest Coalition.

The IETA’s historic involvement in climate talks is clear; they sent 402 representatives to COP11 held in Montreal in 2005 when the average delegation from individual nations was 15.

The report also highlights relationships between big polluters and academic institutions, where they attempt to shape research to validate ‘net zero’; in 2020 BP and Exxon funded pre-net zero research at Princeton University.

What is net zero?

The idea behind net zero is that polluters can continue their current emissions - or even increase them - whilst mitigating them in other areas.

However The Big Con criticises corporations for treating carbon as a simple mathematical equation and ‘foisting’ their responsibilities onto the global south, as well as betting on risky technology which could further damage the world's habitats.

So-called ‘carbon colonialism’ could trap the most-affected communities into participating in carbon offsetting schemes for money. This has been described by the report’s authors as a ‘land grab’.

Friends of the Earth’s Sara Shaw says, “‘net zero’ plans from big polluters are nothing more than a big con.

“The reality is that corporations...plan to continue business as usual while greenwashing their image with tree planting and offsetting schemes that can never ever make up for digging up and burning fossil fuels.

“We must wake up fast to the fact that we are falling for a trick. Net zero risks obscuring a lack of action until it is too late.”