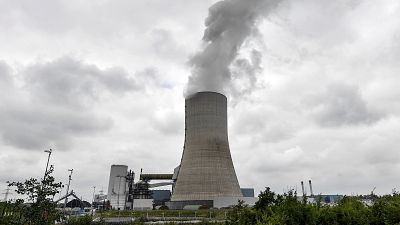 Setting out its roadmap to limiting global warming to 1.5C, in line with the Paris Climate Agreement goal, the agency insisted as well as abandoning any new fossil fuel exploration projects, the sale of internal combustion cars should end after 2035.

It’s report calls for immediate and major government actions to achieve carbon neutrality by 2050, saying actions that governments have so far pledged “fall well short of what is required”.

Calling the path to net-zero “narrow but still achievable”, the IEA’s executive director Fatih Birol said it was “perhaps the greatest challenge humankind has ever faced”.

“The IEA’s pathway to this brighter future brings a historic surge in clean energy investment that creates millions of new jobs and lifts global economic growth. Moving the world onto that pathway requires strong and credible policy actions from governments, underpinned by much greater international cooperation,” he added.

In the past the IEA, an intergovernmental organisation which acts as a policy advisor to its 30 member states, has faced criticism from some quarters for being too close to the fossil fuel industry, and underestimating the role of renewable energy.

But in its new report, which it claims is the first comprehensive study of how to transition to net-zero while ensuring stable and affordable energy supplies, renewables are key.

It calls for installing four times as much solar and wind power capacity each year by 2030 as in the record year of 2020.

By 2050 90% of electricity would need to come from renewables, and a large part of the rest from nuclear. Fossil fuels would provide just a fifth of our energy, compared to four-fifths today.

The IEA's calculations are in line with those of the NGO Transport & Environment.

This trajectory would increase investment in the energy sector to $5 trillion annually by 2030.

This would add 0.4 percentage points of growth per year to global GDP, says the IEA in an analysis conducted with the IMF.

However the IEA’s scenario is based on some technologies that are not yet available.

In 2050, nearly half of the CO2 emission reductions will come from technologies that are currently at the demonstration stage, the IEA says: advanced batteries, competitive green hydrogen, but also CO2 capture and storage (CCS) systems, a solution that is the subject of debate among climate experts.

Dave Jones, of the energy think tank Ember, sees this report as "a complete turnaround from the fossil-focused IEA of five years ago" and "a real knife in the fossil fuel industry".