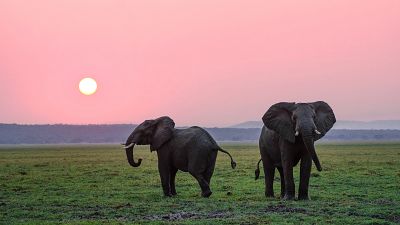 Some of the biggest names in philanthropy and peace and humanitarianism have come out in support of action to take care of plants and animals on World Wildlife Day.

Though there are more humans on Earth today than at any point in history - with the population growth showing no signs of dropping off - close to a quarter of all species on the planet are in danger of becoming extinct in the next few decades.

“It seems that humanity has forgotten just how much we need nature for our survival and well-being”, said UN Secretary-General António Guterres.

Despite 2020 being christened the 'year of biodiversity' in some quarters, the message appears yet to get through.

“Science tells us that nearly one million out of the nearly eight million species on our planet face the threat of extinction”, added Inger Andersen, Executive Director of the UN Environment Programme. “We are losing species at an average of 1000 times the natural extinction rate. This is a catastrophe we simply cannot afford”.

Some species, particularly some monkeys across Asia, have worked out how to thrive in manmade environments, using humans as sources of food and buildings for shelter. However, they are in the minority.

CITES - a treaty between countries to protect wildlife - also added its voice to the din, calling on people to remember that reliance on nature was a two-way street. Secretary-General Ivonne Higuero pointed out that “humans around the world benefit every single day from wildlife”.

“Since time immemorial, we have used wild plants and animals for our most basic needs: from the air we breathe, to the food we eat, to the materials we use for shelter and comfort,” she said.