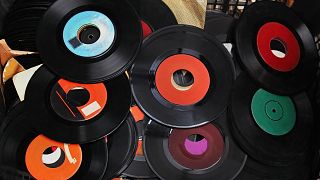 Everything But The Girl are back and plan on releasing a new album for the first time in over 20 years.

The British electronic pop duo have shared that they will release a new album in spring 2023, their first since their last album ‘Temperamental’, released in 1999.

Married couple Tracey Thorn and Ben Watt brought Everything But The Girl band to a quiet end in 2000 with a final performance. Though they have released a handful of solo works since then, they have never performed as the duo in the intervening years.

The 24 year wait between this album and the last is one of the longest album release gaps in music history.

Everything But The Girl’s unique blend of genres earned them a devout fanbase in the UK in the 90s. The 1995 Todd Terry remix of their song ‘Missing’ was a staple of the House music scene as Britain was at the height of clubbing culture.

Just thought you’d like to know that Ben and I have made a new Everything But The Girl album. It’ll be out next spring ?@ben_watt@ebtg

The duo never officially broke up, instead they opted to remain on indefinite hiatus. In an interview in 2011, Thorn responded to questions about them reforming.

“We do keep saying we are nearly ready to maybe do some work together again. There are certain obstacles, some practical, some psychological, that we would need to overcome. But it may well happen,” Thorn said.

Why Everything But The Girl have chosen this moment to come back isn’t clear, but they’re not the first band to return after an overlong hiatus.

Currently touring once again, the Swedish foursome are back, albeit not in person. ABBA are in the midst of one of the most ambitious virtual tours in music history.

As part of everyone’s favourite Eurovision winner’s return to the live music scene, the elder statespeople of pop have taken a more relaxed approach to gigging. Instead of turning up in person, virtual ABBAtars are in their place performing night after night in London through the use of motion capture technology.

It would seem impossible to live up to the pressure of nearly four decades away from the spotlight, but Voyage is a hit. The album was the first of theirs to be nominated for ‘Record of the Year’ at the Grammys and it debuted at the top of the charts in basically every country in Europe.

Not long behind the impressive gap that ABBA left is rock royalty Chuck Berry. Probably best-known for his era defining guitar licks on ‘Johnny B. Goode’, Berry basically invented the rock hit when it was released in 1953.

You might be surprised to hear that the rocker’s final album came out in 2017. Announced on Berry’s 90th birthday, ‘Chuck’ was the follow up to 1979’s ‘Rockit’.

Chuck was well reviewed and seen as a return to form for the legend. Sadly, Berry was never able to appreciate the praise levelled at his final work. After recording the album, he died on 18 March 2017, before the album could be released in June.

For any fan of alternative rock, there are few bands more influential than Pixies. Between them and R.E.M., the two titans of the late 80s set the stage for grunge stars like Nirvana to break through.

From their debut album 1988’s ‘Surfer Rosa’ to their fourth album 1991’s ‘Trompe le Monde’, Pixies made a massive impression on the music scene, each year releasing an album diverging in style to create their unique discography.

It’s why, after over two decades, fans were so excited to hear Black Francis had reformed the band to release new material.

Arriving as a full album in 2014, ‘Indie Cindy’ was a bit of a dud. Although not far off their old sound, the magic of their original four releases wasn’t there for many fans.

Since their return, Pixies have continued to release music with three more albums in the last eight years. It’s nice to have them back, but their days of leading the music scene are sadly over.

When shoegaze pioneers My Bloody Valentine broke up 1997, fans had already been hankering for a new album for six years since their iconic sophomore album, 1991’s ‘Loveless’.

With just two full albums under their belt, My Bloody Valentine had gone from an obscure band in Ireland to emblematic of an entire subgenre. Shoegaze music, defined by walls of distorted guitars and ethereal vocals, is undeniably linked to the rise in popularity of the band.

But the group were dropped by their label after Loveless’s release due to the huge production costs that the label claimed bankrupted them.

My Bloody Valentine were signed by Island Records and reportedly recorded multiple albums worth of content, but only two singles were ever released.

Until 2008, when the band performed together for the first time in public in 16 years.

Then, in 2013 a follow up album was finally released. The band’s long-awaited third album ‘m b v’ was a critical hit, with clear lineage to their original sound while still moving in a new direction.

No news of any new music from the group, but you might have to wait till 2044 if they’re to have a similar delay.

One of the defining hip hop groups of the 90s came back for a final album that showed everyone they still had it.

In the 90s, A Tribe Called Quest were instrumental in providing an alternative sound to the predominant gangsta rap genre with their eclectic instrumentation and jazz-based sound.

Across five albums, they created a unique blend of sounds that would go on to inspire a whole new cohort of rappers, producers and musicians, from Dr Dre to Lauryn Hill and Outkast.

It was fitting then that when the group returned for their sixth and final album ‘We Got It from Here... Thank You 4 Your Service’ in 2016, nearly 20 years after their previous album 1998’s ‘The Love Movement’ they brought in many of the voices they’d inspired.

We Got It from Here had guest appearances from across music history. André 3000, Kendrick Lamar,, Kanye West, Anderson .Paak, and Talib Kweli, are all indebted to the group’s bold sound.

Consequence and Busta Rhymes both have long collaborated with the group, and there were even appearances from cross-genre stars Jack White and Elton John.

In early 2016, Phife Dawg (Malik Izaak Taylor) died. Completed after his death, the album is more than just a celebration of his and the group's legacy, it was a politically erudite state-of-the-nation piece up their with their best.