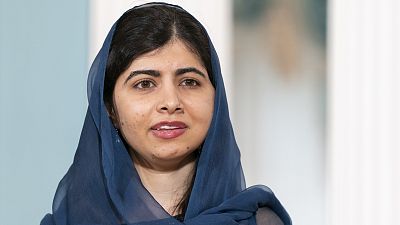 Girls’ education rights activist and Nobel prize winner Malala Yousafzai has been honoured with the 2022 LionHeart award at the Cannes Lions International Festival of Creativity.

The prize acknowledges a person who has harnessed their position to make a positive change in the world.

Pakistan-born Malala Yousafzai became a global icon after being shot in the head by the Taliban in 2012 when she was 15.

After speaking out against the Taliban’s ban on girls’ education, Yousafzai was the victim of an assassination attempt that eventually forced her to leave the country.

The murder plot against the teenager caused public outrage and an outpouring of support for Yousafzai, who relocated to the UK and co-founded her own non-profit organisation the Malala Fund.

In 2014, she was awarded the Nobel peace prize.

Since then, the Oxford University alumni has campaigned for the right of women and girls from across the world to receive an education, funding schools in the Middle East and speaking at the United Nations.

“Malala’s strength and courage is an inspiration,” said Philip Thomas, chairman of the Cannes Lions, in a statement announcing the award.

“The LionHeart is awarded to those that are making a genuine difference to the world," he said

“We are humbled to be presenting her with this award in June, and we know that the creative community will respond with their customary generosity and creativity,” Thomas said, citing Yousafzai’s work to assist girls in vulnerable regions of the world in accessing education.

“But to see the future educated girls can create will require individuals, leaders and companies across every sector to take action," she said.

"I am honoured to accept this year’s LionHeart Award and look forward to connecting with the creatives at Cannes Lions around how companies can lend their platforms, expertise and resources to accelerate progress for young women, girls and our world.”

Yousafzai will receive the award on the evening of June 23, with the Cannes Lions International Festival of Creativity running from June 20 to 24.

The festival, which has run yearly since 1954, is the largest gathering of creative marketing people from all over the world.