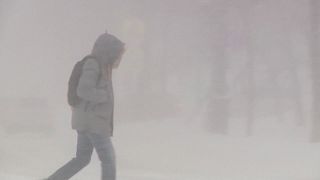 Strong winds and blizzards reached the Sakhalin region and disrupted communications with the Russian mainland and on the island itself.

The airport in Yuzhno-Sakhalinsk, which is the main city in the region, is reportedly still operational but delays have been experienced.

In a video shot by the RTR team, people and cars are seen making their way through the snow as the blizzard hits the island and some roads remain inaccessible.

EMERCOM has informed citizens that heavy snowfall and high winds of up to 25 metres per second are expected in Sakhalin over the next two days.