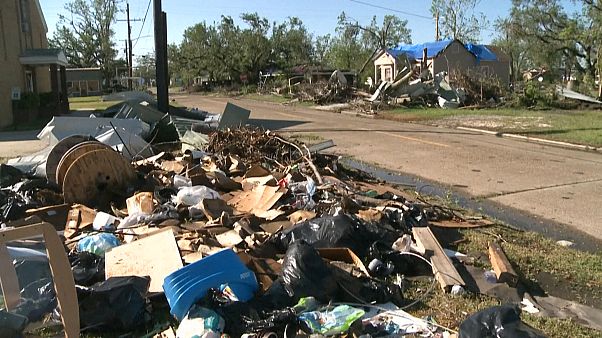 Tired Louisiana residents emerged into sunny skies on Saturday as they began to assess the damage caused by the second devastating storm to rage in two months, Hurricane Delta, now a tropical storm.

While Delta left hundreds of thousands of people without power in both Louisiana and Texas, the overall damage appeared moderate.

In Lake Charles, a city of 75,000 still reeling from Hurricane Laura on August 20, Delta dumped 16 inches of rain, flooding many homes and leaving knee-deep water in some areas.