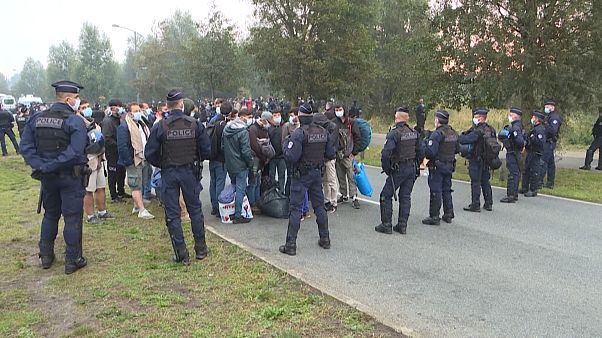 Police have dismantled a migrant camp near Calais in northern France.

The camp, home to up to 800 migrants, was situated near the port's hospital. Authorities believe many of those living there are hoping to get to England.

Regional authorities said around 600 had been put on buses and sent to migrant centres elsewhere in France.

Tuesday's operation is thought to be the biggest of its kind since the Calais Jungle - home to up to 8,000 migrants - was dismantled in 2016.