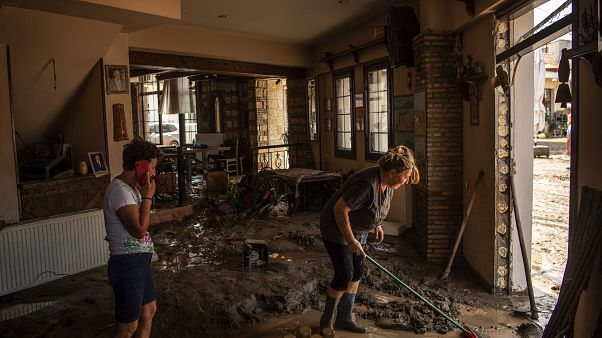 Seven people, including an en elderly couple and an eight-month-old baby, were found dead after a storm hit the island of Evia in central Greece, authorities said.

Heavy rain started falling at about midnight and firefighters responded to over 50 fires caused by lightning.

Many residents have climbed to the rooftops of their homes and the fire service has sent a rescue helicopter to the area.

Road connections to the mainland - there are two bridges connecting Evia to Central Greece - have been cut and only a ferry service was operating.