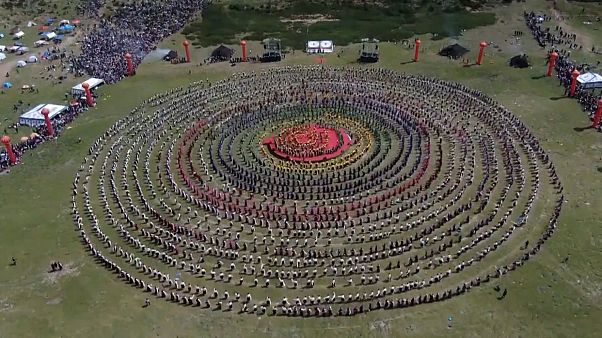 A string dance show in southwest China's Tibet Autonomous Region was certified by the World Record Certification Agency (WRCA) as "the biggest one around the world" on August 7.

More than 3,000 people including students and officials from seven towns of Markam County presented the show of traditional Xianzi Dance, which was listed as a national intangible heritage in 2006.

It is a folk dance in Tibet featuring accompaniment of Xianzi, a type of stringed instrument. The string dance dates back to the Tang Dynasty (618 A.D.-907 A.D.).