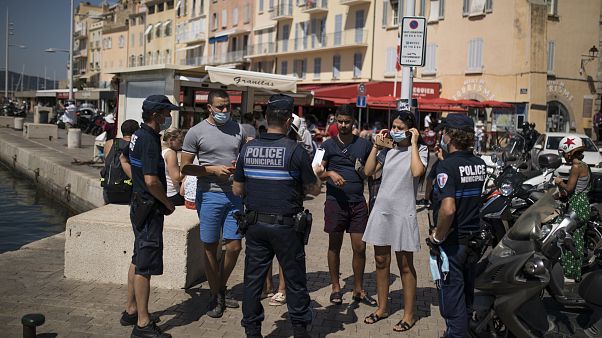 The move could sober a place known for large summer beach parties.

It comes as more cities and towns impose mask requirements, including areas of Paris.

France reported more than 2,000 new cases on Friday - the largest single-day rise since May.

The uptick corresponds with France's summer holidays, when vacationers head off in droves, often to seashores, for festive gatherings with family and friends.

Wearing a mask outdoors is also compulsory in some crowded parts of Marseille, France's second-largest city.

Some of Saint-Tropez's restaurants even had to close after staff tested positive.

The area where mask-wearing is mandatory includes the picturesque port, the open-air farmers market and the narrow streets of the old town lined with chic shops and art galleries.