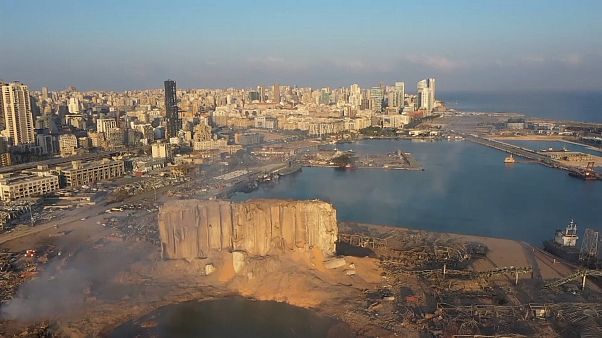 Rescuers searched for survivors in Beirut Wednesday after a cataclysmic explosion at the port sowed devastation across entire neighbourhoods.

More than 100 people have died and thousands are injured.

The blast appeared to be caused by a fire igniting 2,750 tonnes of ammonium nitrate in a warehouse.

Nearly half of the Lebanese capital was left damaged or destroyed, the city's governor said.

Hundreds of thousands of people were left without a home.

"We’ve had some dark days in Lebanon over the years but this is something else," said Rami Rifai, a 38-year-old engineer, speaking to AFP from a hospital where his two daughters were receiving treatment after sustaining cuts despite being half a kilometre from the site of the blast.

"We already had the economic crisis, a government of thieves and coronavirus. I didn't think it could get worse but now I don't know if this country can get up again. Everyone is going to try to leave. I will try to leave," he said, his voice choked by tears.

One resident of Mar Mikhail, one of the most affected neighbourhoods, said she saw bodies strewn in the middle of the street, apparently thrown off balconies and rooftops by the blast.

Many people were watching and filming with their phones after an earlier and smaller explosion was heard in the port and ignited a fire.