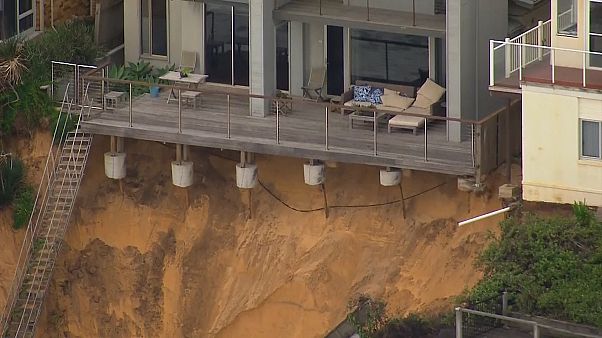 This was the scene after large waves battered Australia's coastline north of Sydney, causing severe erosion and forcing several residents to evacuate their homes.

Several beachside homes in Wamberal, New South Wales, were damaged and their balconies dislodged onto the beach.

Residents of some houses were ordered to evacuate and warned the structures could collapse.