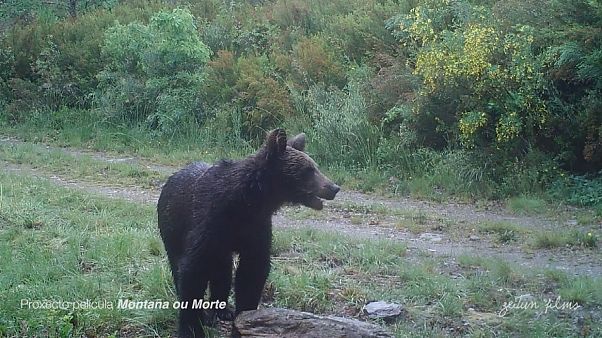 A film crew captured the rare sighting of a brown bear in the northwestern Spanish region of Galicia.

The footage shows the young bear snuffling around in the grass and scratching his back against a tree trunk.

It was accidentally filmed in Invernadeiro National Park while the crew were working on another project.

Production company Zeitun Films claimed it was probably the first bear to be filmed in the area for 150 years.

Brown bears have been a protected species in Spain since 1973.