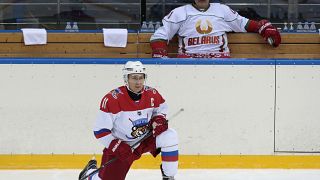 A match was held at an ice rink near the Kremlin walls.

The match was part of the 'Amateur Night Hockey League' founded by Putin himself together with famous Russian hockey veterans in 2011.