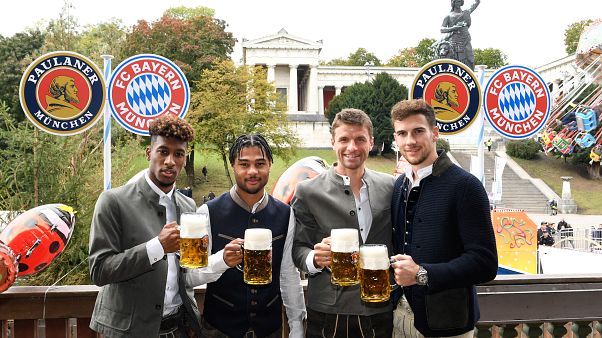 The squad arrived dressed up in wool jackets, leather shoes and lederhosen. The attire is common at Oktoberfest celebrations.

New signees Benjamin Pavard, Philippe Coutinho, Ivan Perisic, and Lucas Hernandez showed up with the rest of the team and appeared to enjoy the Bavarian tradition.

The squad attended fresh off the back of an impressive Champions League win against Tottenham but over the weekend they had their first Bundesliga defeat in 12 months against Hoffenheim.

The mood is certainly better this year. Last year, the team had a rocky start to the first few months of their season under new manager Niko Kovač.