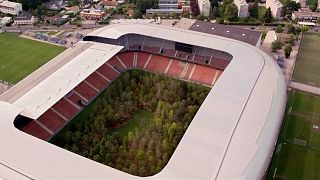 Ethiopia rallies against US over Tigray restrictions

Grocery store on wheels in London for "zero waste" shopping