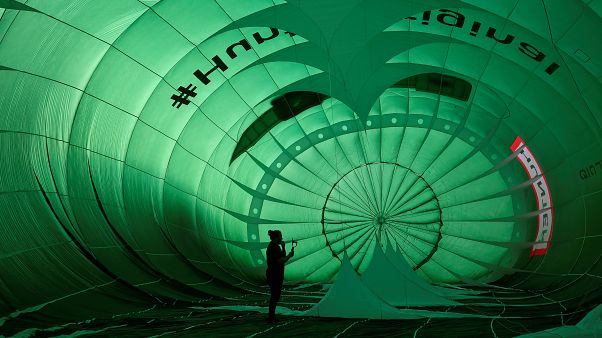 Dozens of hot-air balloons took to the skies over the western English port of Bristol on Thursday ( August 8) as the city's annual balloon festival began.

More than 130 hot air balloons from across the world are expected to take part.

On Thursday over 50 balloons, from countries including Japan and Taiwan, took to the sky for a mass launch.

The festival’s mass ascents usually begin from Friday morning, but an extra flight was scheduled on Thursday this year due to forecasts of rain and high winds.