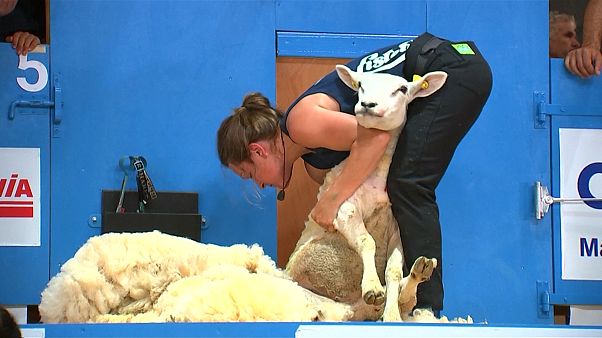 Contestants must shave the wool off the sheep or ewe into a single piece, and are judged on the speed, quality of shearing, and how the wool is cut.

It is the first time France has hosts the event, which started in 1977, and the French team, which has never won the championship, is up against favourites Australia, New Zealand, and South Africa.

Mayenzeke Shweni from South Africa is a two-time champion in the blade shearing event and said he wanted to teach the next generation of shearers.

The final event of the championship on Sunday will require contestants to shear 20 sheep in 12 to 16 minutes.