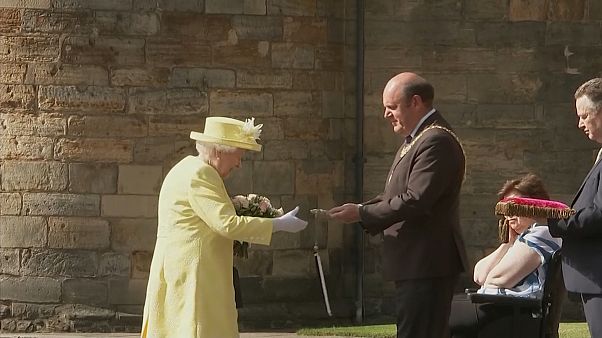 Britain's Queen Elizabeth II received the keys to the city of Edinburgh, Scotland's capital, on Friday in a ceremony that began Holyrood week.

The ceremony is the beginning of the 92-year-old monarch's week-long visit that includes many traditions including attending a garden party at the Palace of Holyrood house.

The country was united with England in 1707 but today many Scots want to gain independence. In a referendum held in 2014, only 55.3 per cent voted to remain.