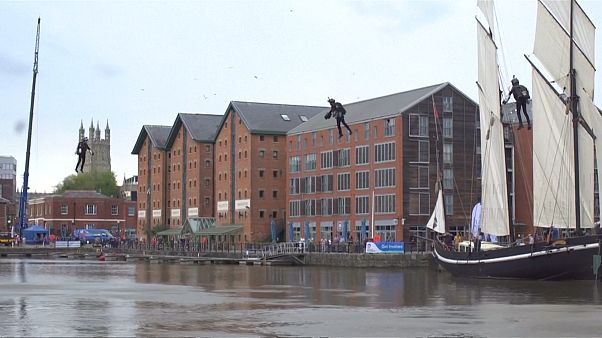 British company Gravity Industries, who made the suits, said it was the first time they had flown three pilots simultaneously.

One of the pilots was the company's founder, Richard Browning. The former commodities trader began developing the suit in his garage with friends several years ago.

He holds a Guinness World Record for the fastest speed in a body-controlled jet engine-powered suit using an earlier model of the jet suit, which reached a speed of 32 miles per hour (51.5 km/h) in 2017.

He is now planning to create the world's first international jet suit race series, which is expected to begin in 2020. The demonstration of manoeuvres was a showcase of what is to come in the series.

The suits feature five turbojet engines, two smaller ones on each arm and a larger one on the back.