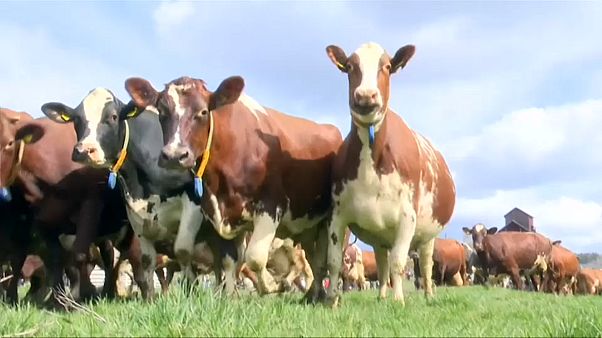 Around 5,000 people gathered at a Swedish dairy farm on Saturday (May 4) to watch a herd of very 'happy cows' jump at their first chance of the year to run free into green pastures after a long, dark winter.

Farmer Karin Lindgren, who runs the farm in Vallentuna some 50 kilometres north of Stockholm with her husband Johan, told Reuters that the annual "cow release" is by far the biggest day of the year for farm visitors.

Though some of the younger calves were not too happy about being led out for the first time, their older friends were delighted to be released into the sunny outdoors.

Just after 11 AM local time the barn door opened and after some initial confusion, the cows rushed into the field where they bucked and hopped as they enjoyed their new-found freedom, which will last until the autumn arrives in September/October.