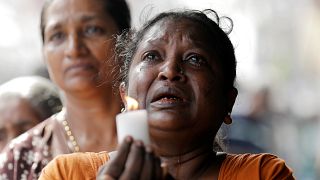 Colombo residents and visitors observed a moment of silence on Tuesday morning to honour the victims of the Easter Sunday attacks in Sri Lanka.

President Maithripala Sirisena declared a national day of mourning, a day after officials disclosed that warnings had been received weeks ago of the possibility of an attack by the radical Muslim group blamed for the bloodshed