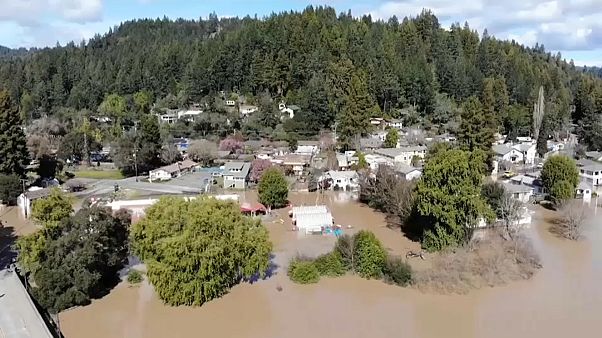 Heavy rains caused serious flooding in two California towns after a river burst its banks cutting the communities off.

The Russian River in wine country north of San Francisco reached about 14 metres (46 feet) on Wednesday night, its highest level in 25 years. Floodwaters cut off the towns of Guerneville and Monte Rio and inundated several other communities.

Sheriff Mark Essick said there are no reports of deaths or injuries.