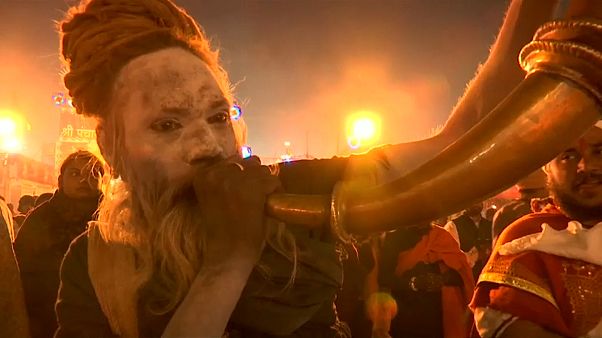 Sitting behind smoke screens in a state of trance, the holy men have converged in the northern Indian town of Prayagraj.

Many belong to monastic orders called Akharas and live in remote caves, stepping out for the Kumbh Mela, generally held once every three years across four cities.

They say that the current festival, held at the confluence of the holy rivers of the Ganges, Yamuna and mythical Saraswati, is also a confluence of the Hindu holy men not just India but from all over the world.