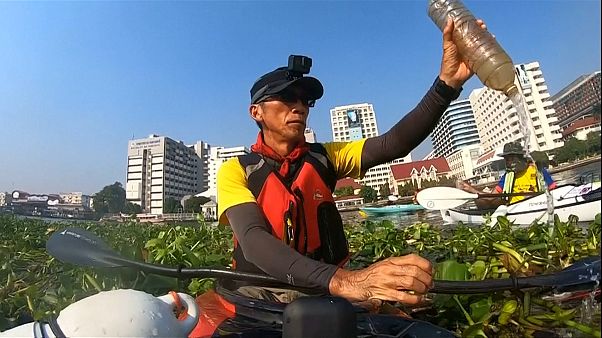 A group of 40 volunteers who gathered to raise awareness on environmental issues in Thailand on the Chao Phraya River have paddled their way into Bangkok in a 14-day campaign to collect trash along the way.

The "Kayaking for Chao Phraya" campaign set off on December 10 from Nakhon Sawan Province, which is in the northern part of the central plain.

On Friday, the volunteers passed through Bangkok and have almost completed the 400 kilometers they need to reach the Gulf of Thailand, the final destination.

"So far, we have kayaked for 360 kilometres, the total distance that we've paddled up until today," said Thewanaruemitkul.

Rivers are of vital economic and nutritional importance to all the nations of Indochina, and several are under extreme pressure due to pollution and over-exploitation even before rubbish gets into the ocean.