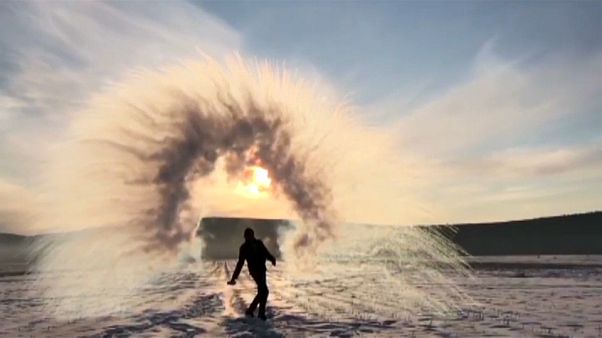 The visibility in the city was less than 100 metres.

Though the extreme weather had some impact on the traffic, it did not dampen the enthusiasm of tourists coming from the southern part of China, who have never experienced such cold weather.