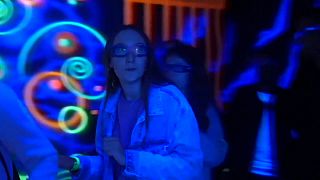 Horrorland, which the company says is the first "scream park" in southern Europe, opened its doors earlier this month (11 October) in the city of Berga, about 110 kilometres north of Barcelona.

The venue is conveniently located in an old, abandoned coal mine and power station situated at the bottom of a valley.

So far, it's proving a success - the park is a sell out with all 22,500 tickets put on sale online for Halloween already sold.

On arrival, visitors are greeted by an army of monsters, ghosts, crazy assassins, zombies and other creatures from the underworld.