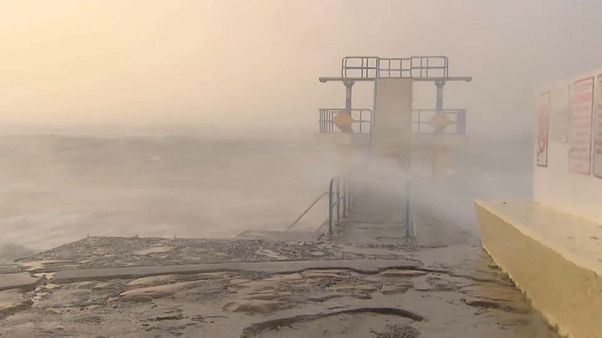 Woman dies as caravan blown onto beach by Storm Ali

A woman has died after the caravan she was sleeping in blew off a cliff in County Galway in the west of Ireland during Storm Ali.

The woman was the sole occupant of the caravan, which was lifted by strong winds and blown down an incline at Claddaghduff on Wednesday morning.

Local police were notified of the incident at 7.45am local time after winds in the area strengthened.

Emergency services accessed the scene where the woman's body was located on a stretch of coastline.