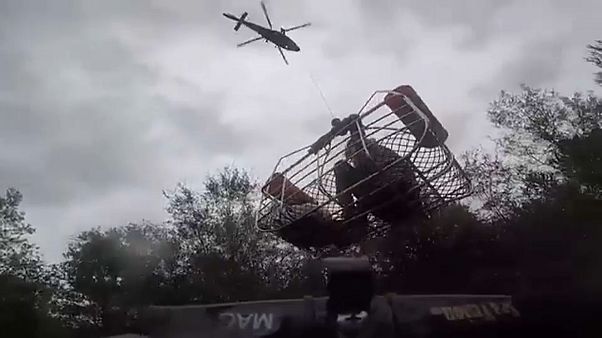 An elderly woman, who had run out of medication and hadn’t eaten for three days, was airlifted out of her flooded Pender County home in North Carolina on September 16, the coast guard said.

A mandatory evacuation order was issued for parts of the county, effective from September 15. The September 16 emergency management report for the county showed that all its primary shelters were underused.

The report showed that only 174 people were using one of the shelters, Malpass Corner Elementary School, which had space for 1,000 people.

Could new electric 'air taxi' be the future of travel?