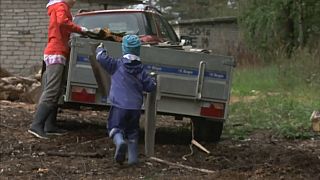 Millions of people around the world united in a mass cleanup on Saturday, joining what was set to be the biggest-ever single day of volunteer-based waste collection efforts.

A powerful "green wave" of cleanups started in New Zealand and was set to end 36 hours later in Hawaii, with millions of people working towards one goal: a clean and healthy planet.

The movement "Teeme Ära" (Let's Do It!) was born 10 years ago in Estonia, when 4% of the population came out to clean the entire country of illegally dumped waste in a matter of hours.

The civic movement, Let's Do It! World, has since spread across the globe.