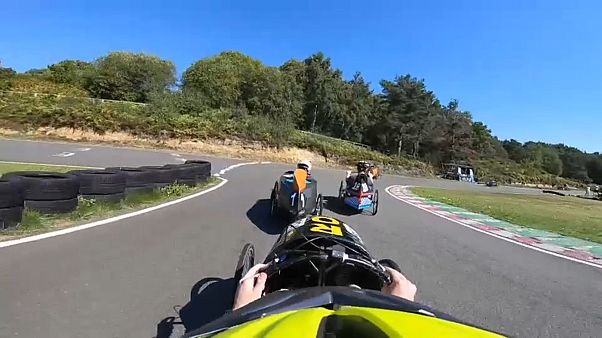 While Lewis Hamilton was winning in Formula 1 at Monza some 1,300 kilometres away, round five in the British Pedal Car Championship was quietly taking place.

There is not much glitz or glamour to be found at the Camberley kart track in Southeast England, only a group of dedicated cycle enthusiasts in rather unusual looking machines.

This year's British Pedal Car Championship is a six-round race series spread across England from to late March to early October.

The races are run on a variety of tracks and in a variety of formats, from 45-minute sprints to a 24-hour race at Shenington in Oxfordshire.

This meeting was the annual 100-mile endurance race on a go-kart track, which measured 525 metres.