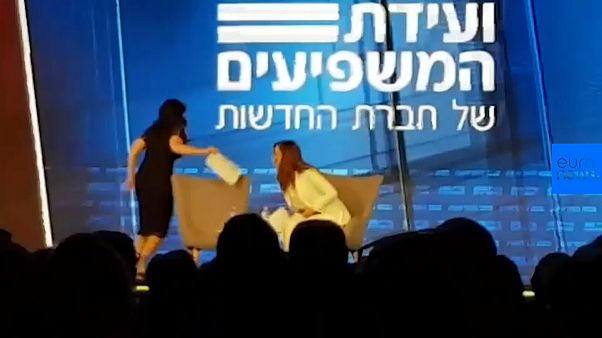 Monica Lewinsky walks out of Jerusalem interview after Clinton question

Monica Lewinsky stormed offstage at a speaking event in Jerusalem after being asked a question about former US President Bill Clinton.

The ex-White House intern turned anti-bullying activist later tweeted that there were agreed-upon parameters regarding the topics of her televised conversation Monday night with a well-known Israeli news anchor, following a conference speech she gave about the perils of the internet.

Lewinsky called Yonit Levi's first question about her relationship with Clinton a "blatant disregard for our agreement."

Video from an audience member shows Levi, the main anchor of Israel's top-rated evening newscast, asking Lewinsky if she still expects a personal apology from Clinton over the fallout of the scandal of their affair 20 years ago.