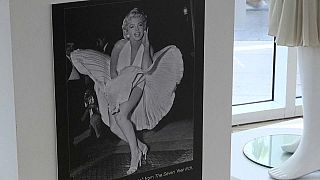 An exhibition of iconic actress Marilyn Monroe has displayed a key never-before-seen artefact, which explains how the actress was named.

The photograph of Monroe on the set of "The Seven Year Itch" (1955) was signed for 20th Century Fox studio executive Ben Lyon. It reads: "Dear Ben, You found me, named me and believed in me when no one else did. My thanks and love forever. Marilyn."

Speaking about the artefact, CEO of Profiles in History Joe Maddalena explained that Lyon was "in love with an actress named Marilyn Miller who died at age 35 and loved the name Marilyn".

Although it had never been proven prior to the release of the signed photograph, legend had it that the pair decided on the name Marilyn Monroe in Malibu.

The "Essentially Marilyn: The Exhibit" at the Paley Center for Media in Beverley Hills, California, features Monroe's private artefacts, clothing, and her hand-annotated script of "The Seven Year Itch".

Outfits the star wore on set are also on display, including a yellow and black costume from "Gentlemen Prefer Blondes," and a white satin ball gown from "The Prince and the Showgirl".

The exhibition was launched on August 18 and will run until September 30.

All of the items will go up for auction in October, although a specific date has yet to be announced.