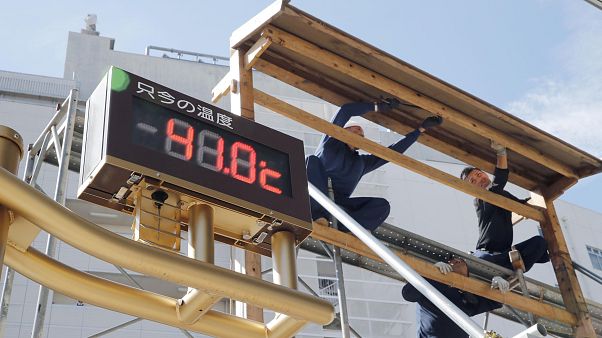 Over 200 people in Yokohama's Chinatown splashed water on streets and pavements in the hopes of providing some relief from the heat as temperatures nationwide rose to record highs on Monday (July 23) and the death toll mounted to over 65 dead in the last week.

Today, which also happens to be the first day of midsummer in the Asian calendar and aptly called 'taisho' or 'blistering heat' in Japanese, some companies also took to allowing their employees to work from home.

Since 2015, Tokyo-based Infoteria Corporation has been allowing its workers to telecommute on days in the summer when the heat reaches 35 degrees celcius (95 Fahrenheit) such as today.